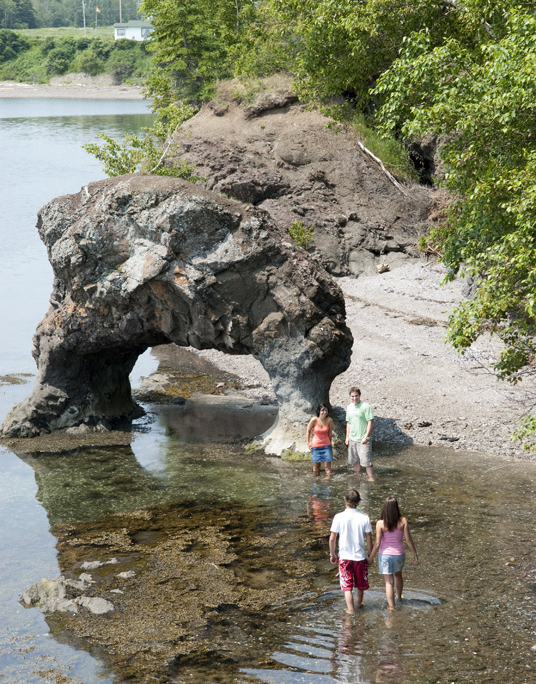 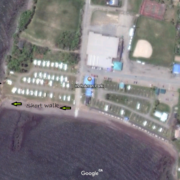 A natural rock formation, “the Arch Rock”, carved by the tides and once called the “Gate of Fossil Cove”, is a photographer’s dream. The beach area surrounding the Arch Rock is greatly prized by geologists, locals and tourists.
On the edge of the rock an outline of a face can be seen facing the Eel River Bar First Nations Reserve. On top of the rock was a single tree that was said to represent a feather, for legend has it that the Indian chief from the reserve proclaimed that when he died he would return to watch over his people. When he died, it is believed that he was reincarnated on the side of the arch rock overlooking the Native reserve. Over the years, erosion has torn away at the rock but to this day the Indian chief remains watching over his people.